"It's a top down sort of twin stick shooter that has a lot of physics about it - you're just going to have to watch... there's a lot more to it than we thought when we played the first round" 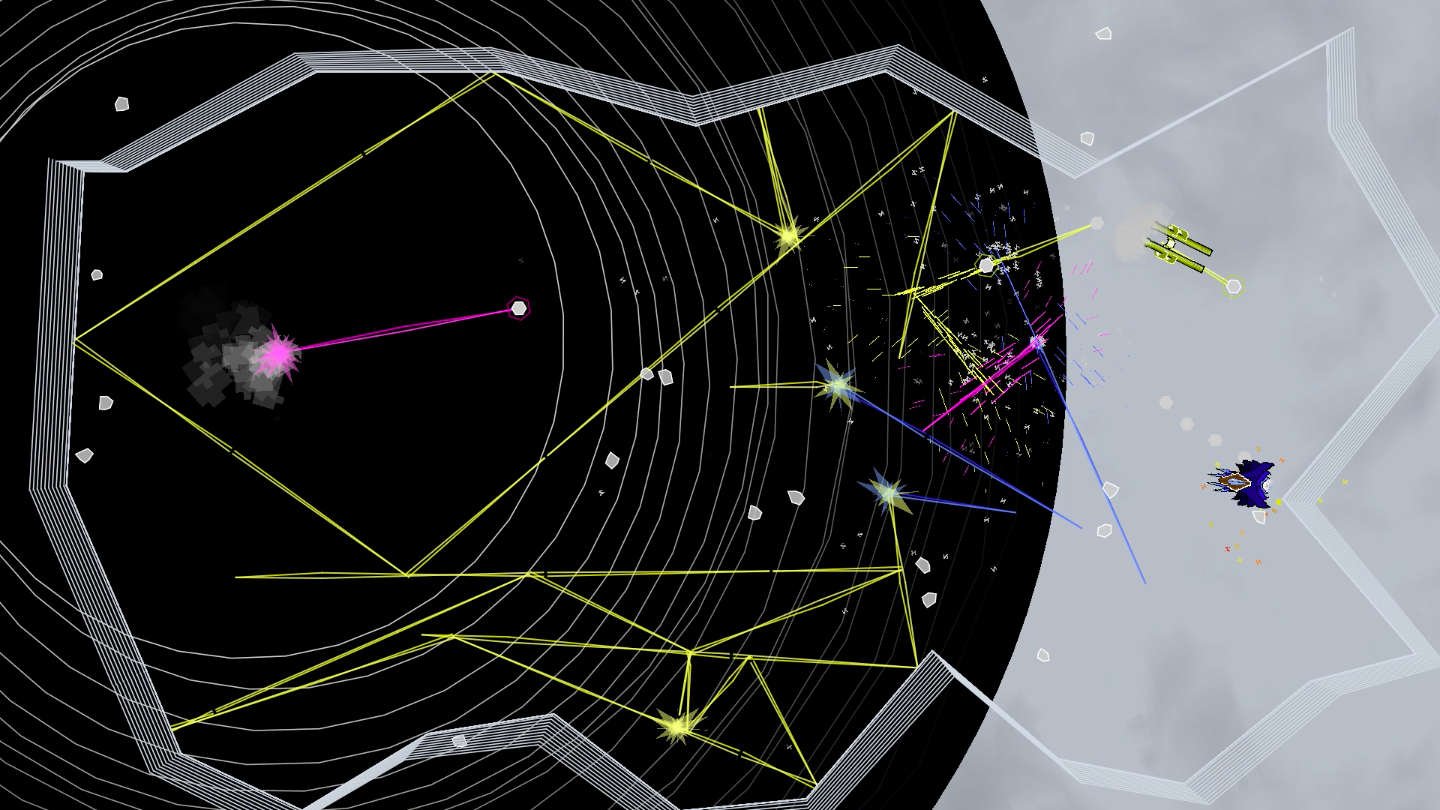 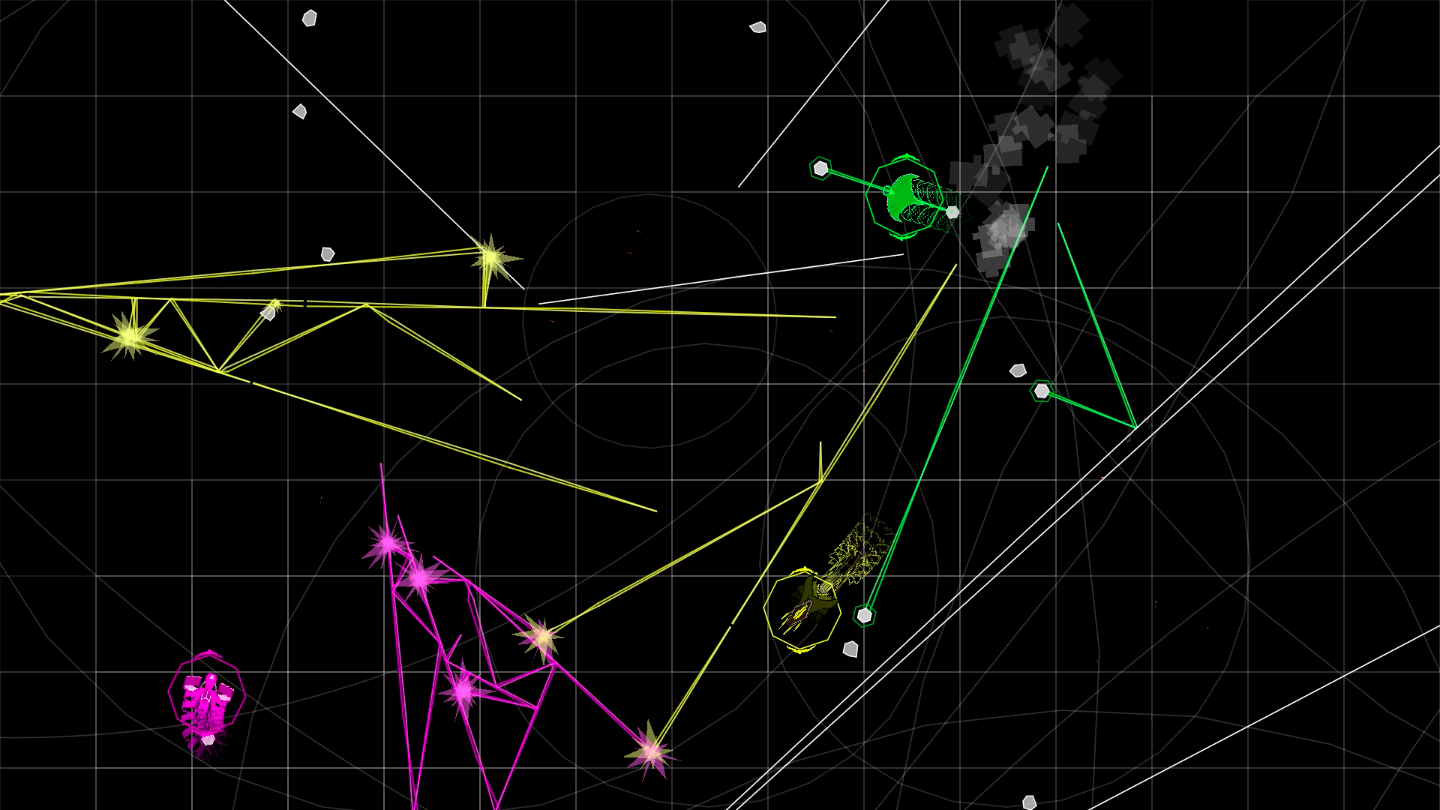 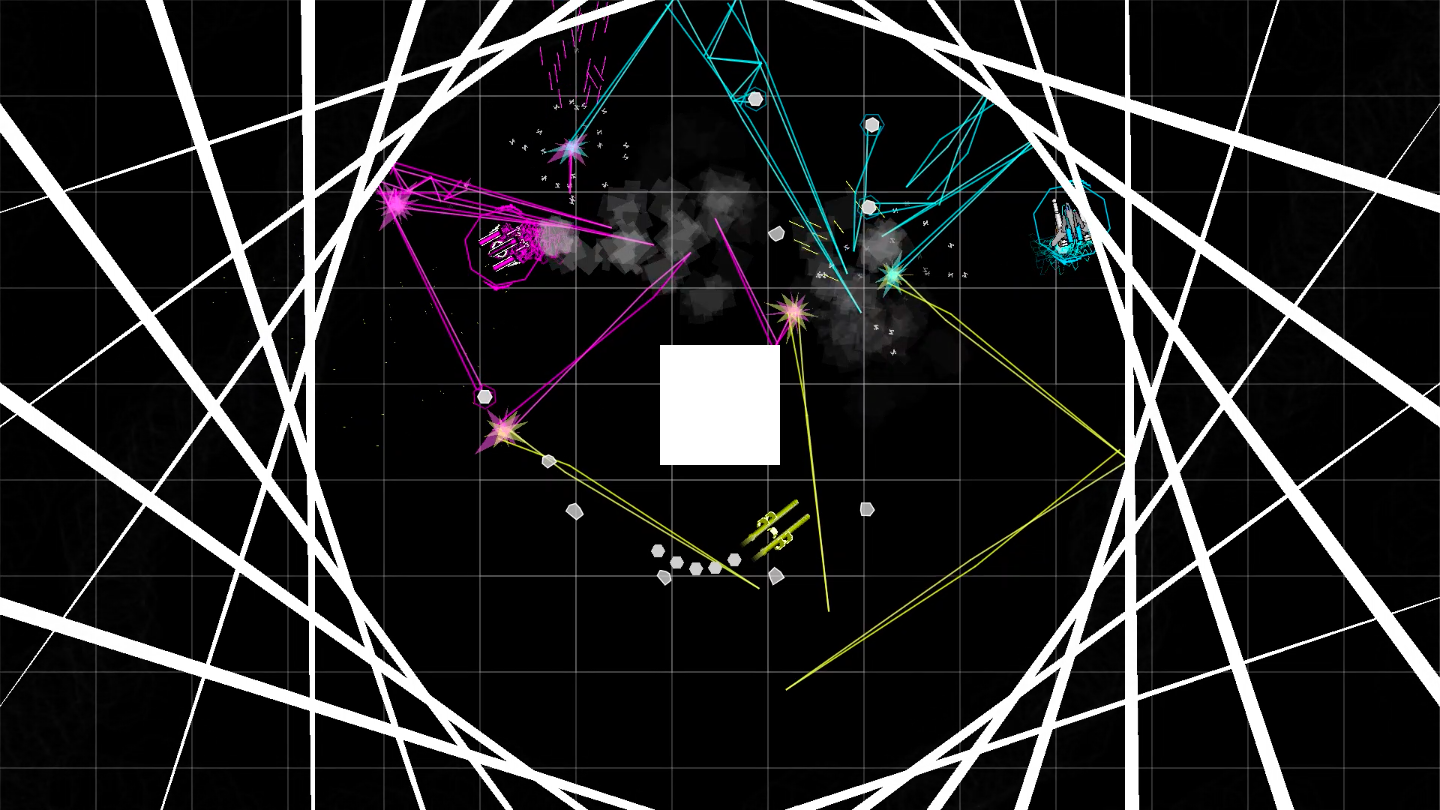 To start playing, all you need is a keyboard & mouse and another human being who you don't mind being temporary mortal enemies with. To maximize victorious gloating, you'll need to add 2 or more controllers for four players.

A Sci-Fi Rainbow of Ships

Though all vehicles are outfitted with the same specs, we all know the coolest ship with the radest paint job is going to win.

We've scoured the universe of infinite game-modes, and we thought these were the most fun ways to demolish the fabric of space-time! And also involved the fewest subatomic-implosions and/or lizard-people uprisings.

To make the bleeps, bloops, and music of SuperLuminauts, Cameron (LoadCard) digitized himself into the game with a microphone and synthesizer, and came back with 5 stellar tracks and the ability to speak to computers. 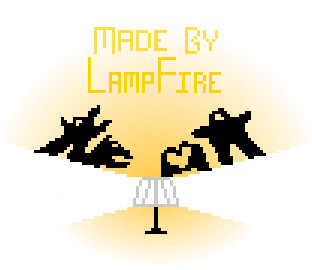